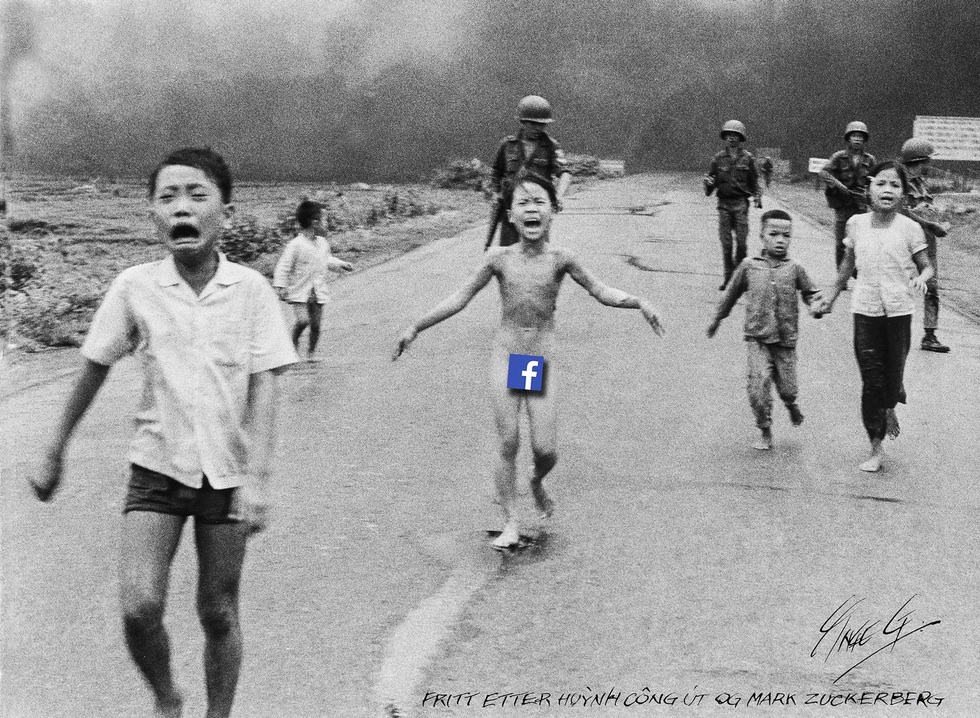 As a content delivery platform, Facebook has a responsibility to ensure nothing illegal is going on. But when their rules are enforced without consideration of context, legit democratic media faces a major threat. Not only to their livelyhood, but to democracy itself. Western democracy is build on special editorial rights and moral duties for the media. These rights need to be enforced digitally. Facebook might not want to view itself as a media company. However, they have no problem censoring or highlighting editorial content. And I don’t see them pass on the revenue these “old” media brings to Facebook.

Today Norwegian Prime Minister, Erna Solberg, backed Aftenposten publicly on Facebook, by posting the picture along with a plea for Facebook and Mark Zuckerberg to end this censorship.

If they really want us to believe that they’re working for a better, more open world, Facebook, and Mark Zuckerberg, needs to acknowledge their place in the democratic process of the media industry.